Yaadein – Another hit track in maahiverse by B99 and Angurivines 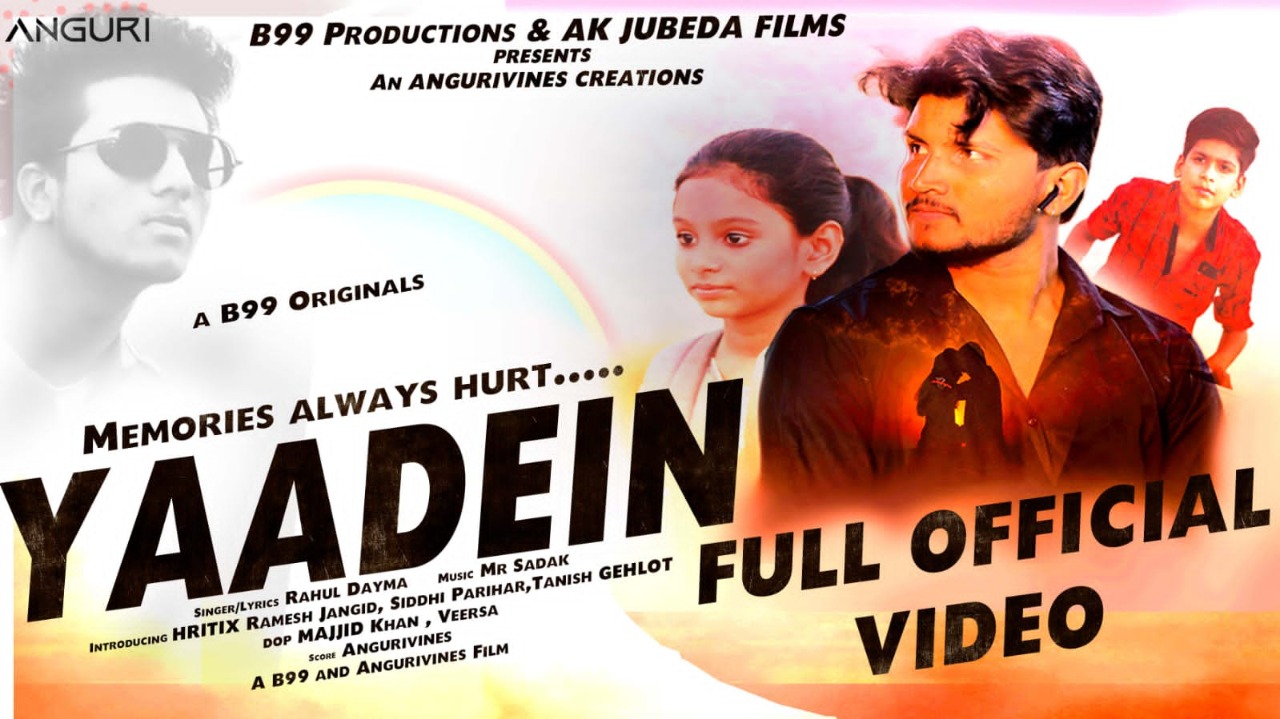 India’s First musical universe – “Maahiverse ” is on its way.”

“Maahiverse is said to be well crafted and its first song was released back in April titled as MAAHIYA – Some love stories are unfinished which was sung by Kartik thakur. Yaadein is a fresh and promising song with mesmerizing story especially the twist at end of song will hit you hard and it is well sung and penned by Rahul dayma who belongs to Jodhpur and music by MrSadak .

Yaadein Song connects to the story of maahiya (at end) in the very beginning, which clearly shows the intact that makers are planning some huge for this musical universe. Yaadein song presents the story of one of friend of Maahi ( Majjid khan) whose name is Rahul ( Hritix ramesh jangid ) a writer and he is  struggling to write article  and decided to write his own story which may have painful end.

MAAHIVERSE is seems to be promising and awesome piece of creation by B99 productions and Angurivines.We must recommend you to listen the track Yaadein sung by Rahul dayma and maahiya sung by Kartik thakur.

We are eagerly waiting for the next presentation of B99 and Angurivines in Maahiverse, what makers are planning to do.

Till then do watch video here.