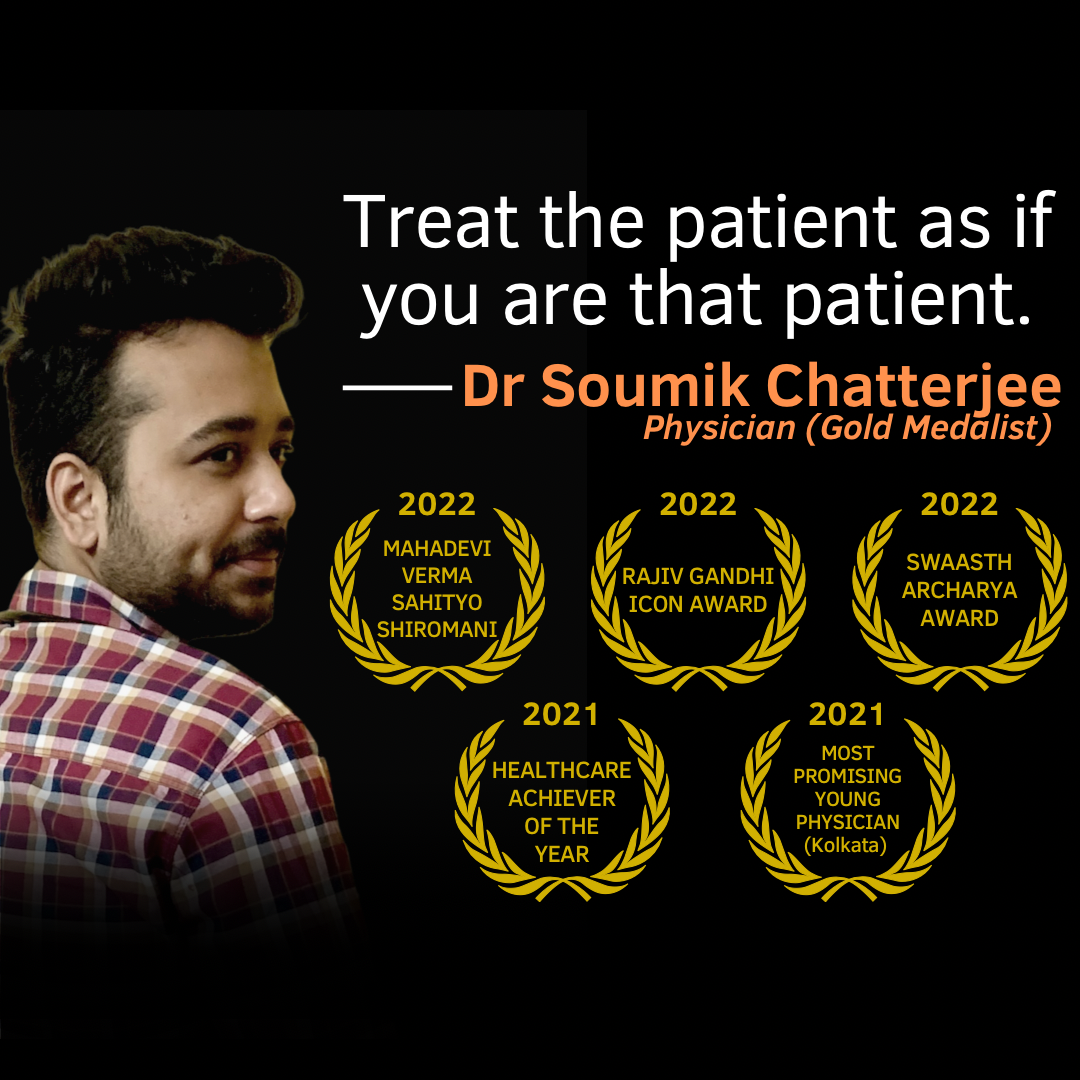 Noted Kolkata physician, Dr Soumik Chatterjee, has now become the voice that empowers patients to unreservedly express their conditions and experiences to improve their physical as well as mental health outcomes. After getting felicitated with Rajiv Gandhi Icon Award earlier this year, Dr Soumik Chatterjee has won the prestigious Mahadevi Verma Sahityo Shiromani Award for his impactful writing to bring daunted health issues in to the spotlight. “Though I wanted to focus on stigmatized health issues initially because no one really talks about them, but I have tried to cover an interdisciplinary spectrum of unheralded health issues,” he says.

The 26-year-old vibrant physician, academician, author and social litterateur has been writing about various orthodox, culturally abhorrent and stigmatized health concerns for over a year now. He recently won wide acclaim for his Instagram Live based series “Her Health Hails”, where he connected more than 1000 women and encouraged them to openly express their ailments. He won several awards, including the Healthcare Achiever of the Year and Swaasth Acharya Award in 2022 for his innovative contribution in the healthcare sector!