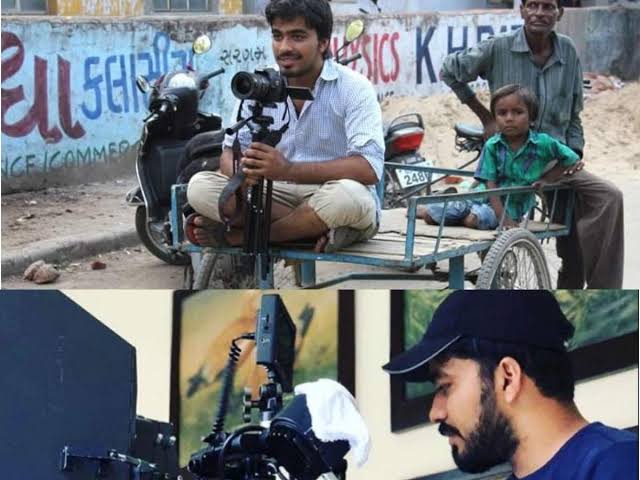 “When destiny turns your unintended passion into a successful profession, it surely is a Universal blessing”- this truly defines Dhruwal Patel’s unique journey as a Director  & DOP in the Film industry.

While in conversation with him, he revealed that he has never been to a Film-school.

It all started with his mere interest in photography and Music which gradually turned into a prominently successful career. Born in Ahemdabad, Gujarat Dhruwal always wanted to be an Aeronautical Engineer but his destiney had different plans for him, after attaining a Degree as Engineer, he realised that Filmaking is the thing which gives peace to his heart and soul and he followed his heart. Within a short span of time, He has an extraordinary number of commercial successes and critically acclaimed credits to his name, as a director and Cinematographer.

Today Dhruwal Patel is one of the Known Directors that the country reckons with, thanks to the large body of quality work that he has given to the industry.

“Simply Working Hard and being dedicated to what I do has brought me where I am today” Talking about his accomplishments, he has by far helmed more than 160 Music Videos and 300 TVC’s which definitely makes him stand out as a bonafide filmmaker.

His never settle for less attitude is what kept him going.

He is been applauded for his direction of Josh campaign song ‘Real Hai’ composed by Sajid from the famous Sajid-Wajid duo featuring Siddarth Malhotra and Hansika Motwani and few Renowned Influecers as the main cast of the Music video.

He believes that it was the appreciation and love of his fans that got him from doing Gujarati music collections to now working with musical sensations including Badshah, Amit Trivedi, Darshan Raval, Sanam Puri, Shirley Sethiya, Sonu Kakkar, and Ash king, to name a few.

His current Blockbusters Include Tauba, Chamkeela Chara, Shringar, Naach Baby, Sajna, and OmJai Jagdish to name a few which have won the hearts of many with their exceptional visuals and cinematography.

With all his exceptional accolades, he is all set to explore the reigns of films and the web.